The bat must fly 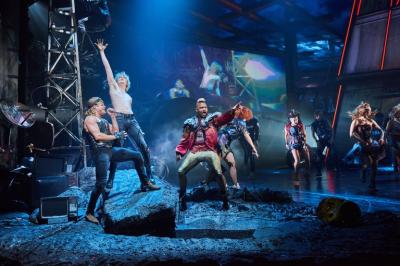 The very popular and twice extended London version of Jim Steinman's "Bat out of hell" is entering it's a last week at the Coliseum. Not because interest is fading, but because the show has to move on to the Mirvish Theatre in Toronto Canada where it will play for 2 months. Time will tell if it will be as succesful as it's british shows in Manchester and London, which have earned many 4 and 5 stars reviews as well as ecstatic reactions from the audience, so apart from the odd naysayers complaining about volume, politics and spilled beer reception has been very positive. Especially the cast has received unanimous praise and Andrew Polec who plays Strat has been nominated for the Joe Allen best west end Award.

The show opens in Toronto on October 14th and runs unti Decemcer 3rd, but since the original casting notice said to be available though March 2018, I guess there's room for an extension like both Manchester and London or maybe a short run somewhere else. Time will tell.