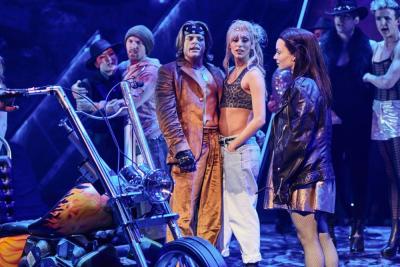 Previews are over for "Bat out of hell - the Musical" in Manchester as yesterday was official opening night and so also the time for the official reviews. It does seem that Jim Steinman has a new ht musical on his hand:

"An extraordinary, high-octane, multimedia masterpiece, incredibly staged on a colossal scale, Bat Out of Hell is surely the must-see theatrical event of the year."

"Bat Out of Hell is for me a once in a lifetime production. I doubt I will see a more complete and spectacular piece of musical theatre in a very long time, if ever."

"This is a truly staggering piece of musical theatre, which breaks new boundaries in its staging, choreography and concept on an epic scale, that during a month of preview shows at the Opera House has already been winning an army of devoted fans."