Fantastic "Paradise found" show at 54 Below 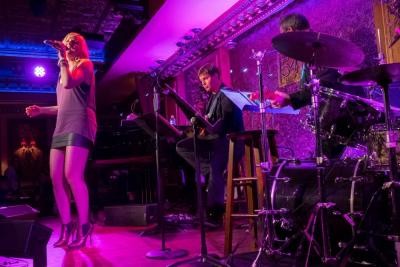 There was some fantastic performances at last nights "Paradise Found- The lost songs of Jim Steinman" show at New Yorks 54 below. Tyce Green did an amazing "for crying out loud",  Jessica Hendy went above and beyond with "Nothing" from the Garbo Musical and Karine Hannah rocked both "Tonight is what it mean to be young" and "Braver than we are".