Kenwright to direct Whistle Down the Wind 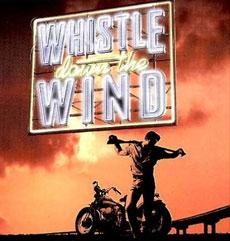 Andrew Lloyd Webber’s Whistle Down the Wind, in a new production presented by Bill Kenwright, will play for a limited season at the Palace Theatre from March 28.

The show, which previews from March 15, will fill the gap left by the closure of Woman in White, prior to the arrival of Broadway hit Monty Python’s Spamalot at the Palace in October.

With music by Lloyd Webber and lyrics by Jim Steinman, this will be the first time that Kenwright’s reworking of the musical has been seen in the West End.

The book for the musical was written by Patricia Knop, Gale Edwards and Lloyd Webber.

This production is directed by Kenwright with choreography by Henry Metcalfe, design by Paul Farnsworth and musical direction by David Steadman. Tim Rogers will play The Man and Claire Marlowe will feature as Swallow.