"Dance of the vampires" goes to Finland 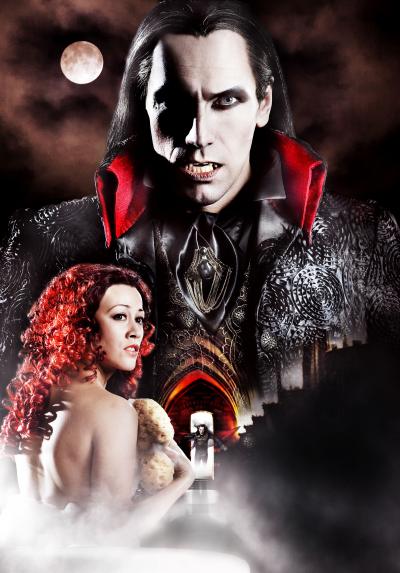 If you think of great cities of musical theater, the finnish city of Seinäjoki may not be the first one you think of, but the theater Seinäjoen Kaupunginteatteri does hold a prominent place in Finnish theater history. The theater is the setting for the Scandinavian premiere of Roman Polanski and Jim Steinman's cultmusical Dance of the Vampires. Anna Valtari from the theater have been kind enough to answer a few questions:

NW: "You have an English title. Will the show be in English ?"

AV: "It took a long consideration whether the title should be in Finnish, German or English. All the three titles are used, but the main title is in English. (The Finnish title is Vampyyrien tanssi). Themusical has been translated to Finnish (from German script and libretto) by M.Sc. Marika Hakola and will be performed in Finnish.

NW: "The title brings back memories of the Broadway production. Will this show be more like the European or the American production ?"

AV: "The Finnish production will be more like the European one (and has nothing to do with the Broadway production). Of course our musical will be the greatest vampire musical ever seen, the settings and the costumes are already amazing! The Finnish musical will also be a little bit more rock"

NW: "The city of Seinäjoki seems like an odd place for the Scandinavian premier of the musical. Do you have many big productions there ?"

AV:"Seinäjoki City Theater has a long experience of musicals (Rocky Horror Show directed by Olli-Matti Oinonen, Aspects of Love, Titanic, Sound of Music to mention few). The city might not be that big but our theater is recognised and has the courage to take the challenge. No other theater in Finland, Sweden, Denmark or Norway did!

NW:" Do you usually have international guests in your theater ?"

AV:"We do not have that many international guests because our productions are performed in Finnish. Our theater building though fascinates tourists from all over the world through out the year. Seinäjoki City Theater is work of the internationally known Finnish architect Alvar Aalto. The theater is  part of Aalto Centre, for which Seinäjoki is internationally known (here you'll find some links: http://www.seinajoki.fi/english/tourism/alvar_aalto_in_seinajoki/).

Thanks to Anna for this info. Sounds like this musical, which opens September 10th, is a must for steinfans.

Practical: Theater website: http://www.seinajoenkaupunginteatteri.fi/ If you allready looked at a map and thought Seinäjoki was to far of the beaten track, don't dispair as express trains go directly from the capitol Helsinki to Seinäjoki.They take about 2.5-3.5 hours and cost around €55, so it's not a good excuse to miss this Scandinavian premiere.