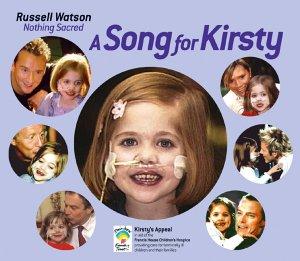 Terminally-ill Kirsty, who was born with a rare heart defect, fronts the £5m campaign for Francis House Children's Hospice in Didsbury. The song, Nothing Sacred, to be released Monday Dec. 9, was written by lyricist Don Black and mega-composer and producer Jim Steinman. Russell, who first met Kirsty, seven at the opening ceremony of the Commonwealth Games in July, was recording for his new album when he decided to dedecate the track to her.