"Opera babes" at the World Cup 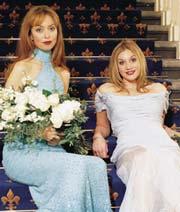 Jim Steinman have been producing the song "Vittoria" for the duo "Opera Babes". The song, written by Giuseppe Verdi, is to be part of the music for the soccer world cup championships and will be released on Sony music.
The duo, that consists of Rebecca Knight and Karen England, were discovered singing outside the Royal Opera house in London and signed to do the track.